I’m working on an essay that is a bit of a love letter to a friend-of-a-friend and my firstborn at the same time. I know all the things I want to say, just having trouble stringing it all together.

But, in the meantime, I do have a bunch of links and small tidbits and stories of things I’ve been seeing and thinking about and wanting to share, so here they are.

Fifty years ago this beautiful man recorded this live. I’ve been alive for most of those fifty years, but only just saw it last week. I have watched it about 20 times since then. This performance of Oh! You Pretty Things with Bowie looking straight into the camera, and thus our souls, is haunting.

Haunting, but also so modern and somehow relevant?

I read the wikipedia article, I’ve listened to a bunch of different versions, but this is the best. Ostensibly it is a song about the ideas brought forth by noted occultist Aleister Crowley (of the famous tarot deck I had as a kid and would pretend to read at my mom’s crystal new age parties) and philosopher Friedrich Nietzsche.

Watching it, though, I think to myself, is it a song about the X-Men? Wouldn’t Bowie make an excellent X-Man?

Truth is, he made an excellent so-many-things.

Emily and I have been reading* David Foster Wallace’s great collection of essays, A Supposedly Fun Thing I’ll Never Do Again, and in it is his deep-dive analysis of David Lynch and an attempt to explain what it means to be Lynchian.

There is a scene in Fire Walk With Me where Bowie plays Agent Jefferies — a well dressed, distraught FBI agent who seemingly, temporarily, magically appears in the offices with Lynch and Kyle MacLachlan and has a break down, head on desk, in a vaguely Southern accent that you wouldn’t think this wonderful English man had in him, “Well now, I'm not gonna talk about Judy. In fact, we're not gonna talk about Judy at all, we're gonna keep her out of it.”

Lynch’s FBI Agent, Jim Henson’s Goblin King and the person who wrote The Man Who Sold The World? Kinda unbelievable. Like this video of him at twenty-five.

*When I say “we” are reading it, I mean that Emily is actually reading it out loud to our daughter and I. Our nightly ritual has been, since she was born, to have Emily read her and I a story as she drifts off to sleep. It started with Children’s classics—C.S. Lewis is really great to revisit—but is now fully in the Smart Adult Essays phase. This week it’s been Joan Didion’s White Album, but we bounce around.

We Have Been Eating Noodles

We bought some of David Chang’s Momofuku noodles the other day at Zupan’s and were instantly hooked. Best instant ramen noodles I’ve ever had.

There is a scene in the Anthony Bourdain documentary Roadrunner where David Chang breaks down crying, talking about how Bourdain was angry, upset and projecting, basically telling David to not have kids, that he “wouldn’t be a good father.”

Watching these videos of David, though, where he talks about his kids and making food for his family, it is so good to see — and you can see it — that Bourdain was wrong.

The last time we were in New York, pre-pandemic, Emily and I went to the original Noodle Bar two nights in a row — it is open late, near our hotel, and it was pouring rain — and didn’t regret it for a second. I can still taste the noodles, see her smiling face across the small table, her glowing eyes behind steam rising off noodles, and remember thinking how wonderful every single bit of it was. I feel warm now just thinking of it. Of course I’d want to repeat it the next night. Of course I’d want that feeling again in our home.

They have three noodles available Soy & Scallion, Tingly Chili and Spicy Soy. In person, I love my forehead sweating to the chilled spicy noodles—the ones with their fatty little sausage and peanuts and covered in Thai basil—but at home, and after trying all three multiple times in different ways, I think the Soy & Scallion is the way to go.

Great base of umami and you can spice it up how you want. We often grill up some spinach and some of the pre-cooked shredded chicken from the grocery store, or just soft boil a couple of eggs. Great meal in under 10 minutes.

When I was a kid, we had two VCRs. My dad would copy or ‘dupe’ almost every movie he rented. I can hear him draw out the word dupe in his gravely, Boston accent, this is good, I'm gonna doooop it. And with this, he grew an epic set of dupes. He was cheap, though, and VCRs let you record at a much lesser quality to make more use of the tapes, stretching a two-hour tape into a six-hour tape. So, for my dad’s collection,  there were usually three movies on each one, compressed and ratty as hell.

The tape with Schwarzenegger’s Commando on it was one of his favorites, but of course it was the last movie on the tape, so he would spend five minutes or so just fast-forwarding, trying to queue it to the right place.

If you’ve met me in person, you know I physically can’t help singing along to almost any and every song.

My dad? For him it wasn't songs, it was the moves on these tapes.

Remember, Sully, when I promised to kill you last?
That's right, Matrix. You did.
I lied.

I can hear my dad now, see him lying on that dirty yellow corduroy couch, rubber-tire, glass-centered ashtray on his big belly, cigarette hanging out of his mouth, repeating along with Arnold while laughing, almost uncontrollably, “I lied.”

So, of course, I have a deep fondness for the design of those blank tapes. They were as much a vivid part of my childhood as anything else, and so I was thrilled to find this stunning collection of those old blanks on Tumblr.

I can still remember the day we first got our first VCR, it might have not even been 1980 yet, it looked like a giant tape recorder, so when my dad said he was gonna “tape a show,” I held my breath as he hit record. When my mom asked, loudly, in her own, more piercing Boston accent “is it workin’?” I immediately shushed her, “He’s recording! It’ll hear you!”

They both laughed at me — that’s not how it works, Pat.

My parents divorced a few years later, but the VCRs stacked on top of the TV remained a fixture in my Dad and I’s house until I left for college.

An essay of watching them in middle school, in those two hours between when I got home from school and he got home from work — curious, excited, scared and at times very, very confused.

But not this week. 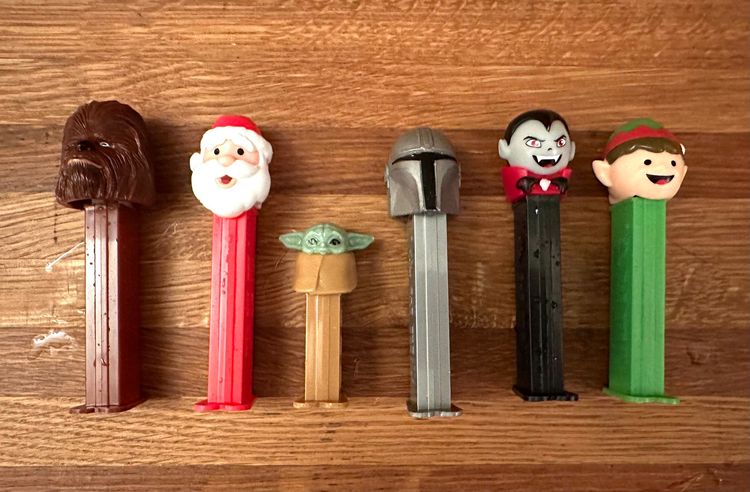 These are my daughter’s bath toys. Their names, according to her, from left to right: Bacca, Yanta, Baba, Papa, Dadaluaaa, Buddy. I had posted this picture on my…
Jan 29, 2023
Sep
18 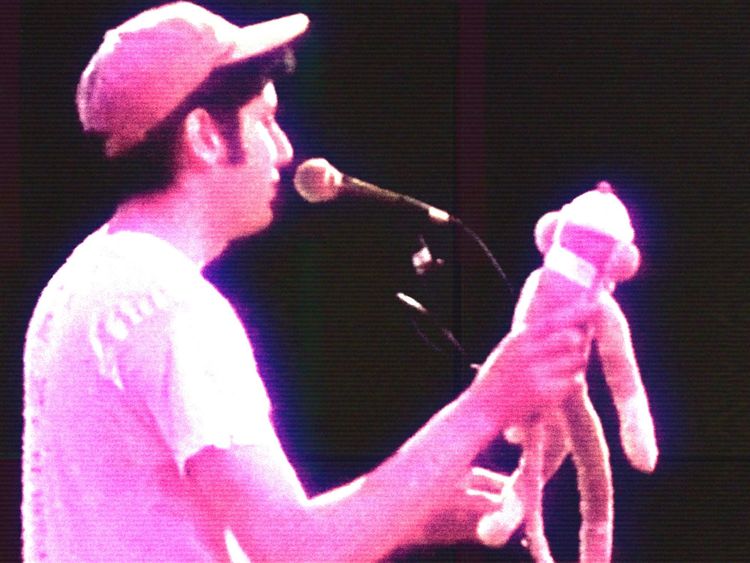 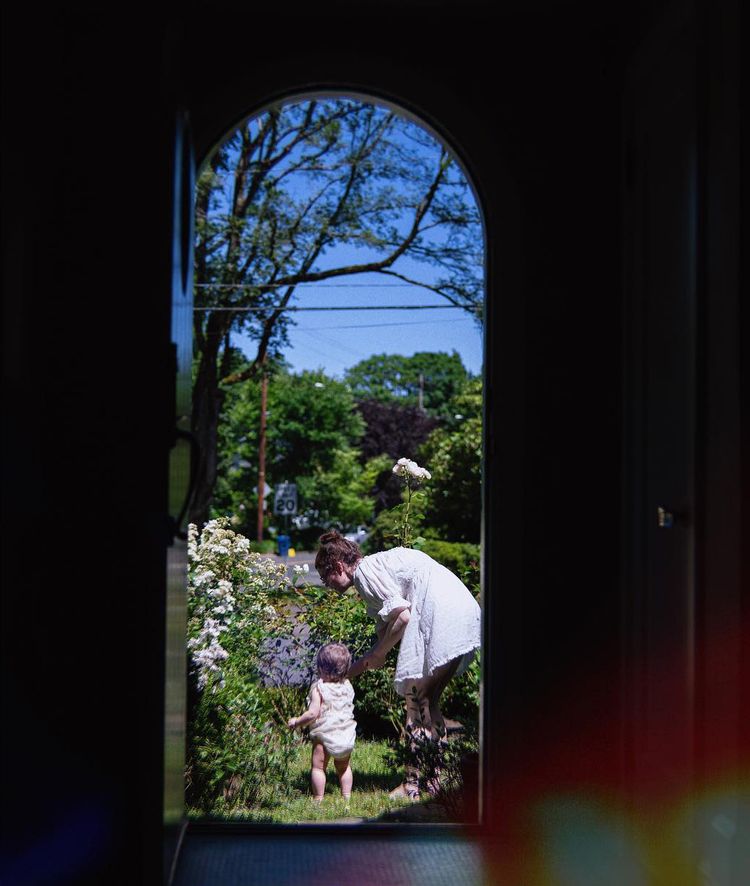 🍓 This is the summer where I don’t want to do anything but watch these two pick strawberries in the front yard. I haven't been writing like I want…
Jul 21, 2022
Apr
17 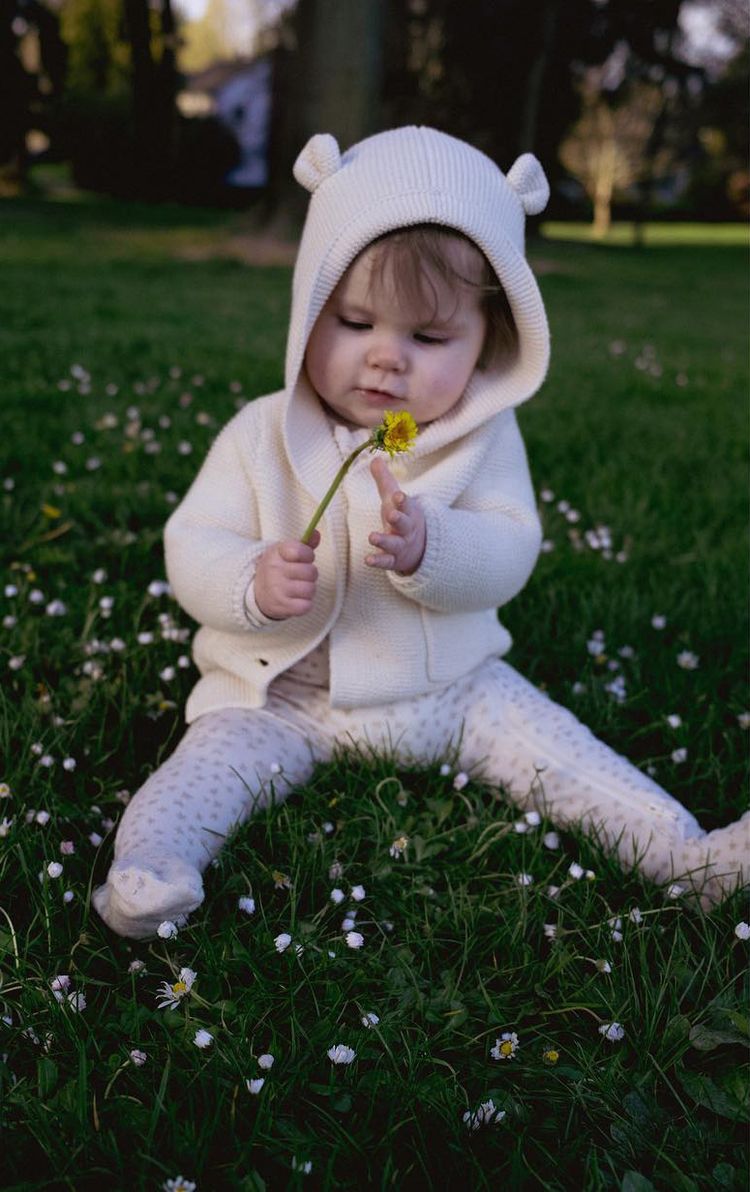 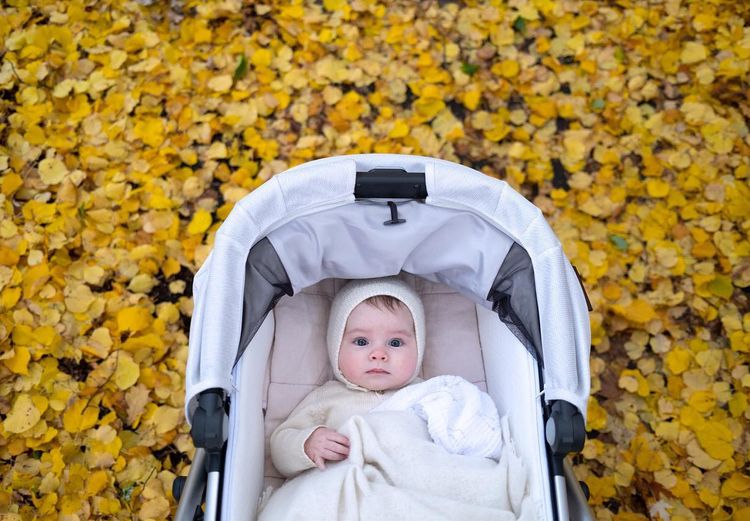